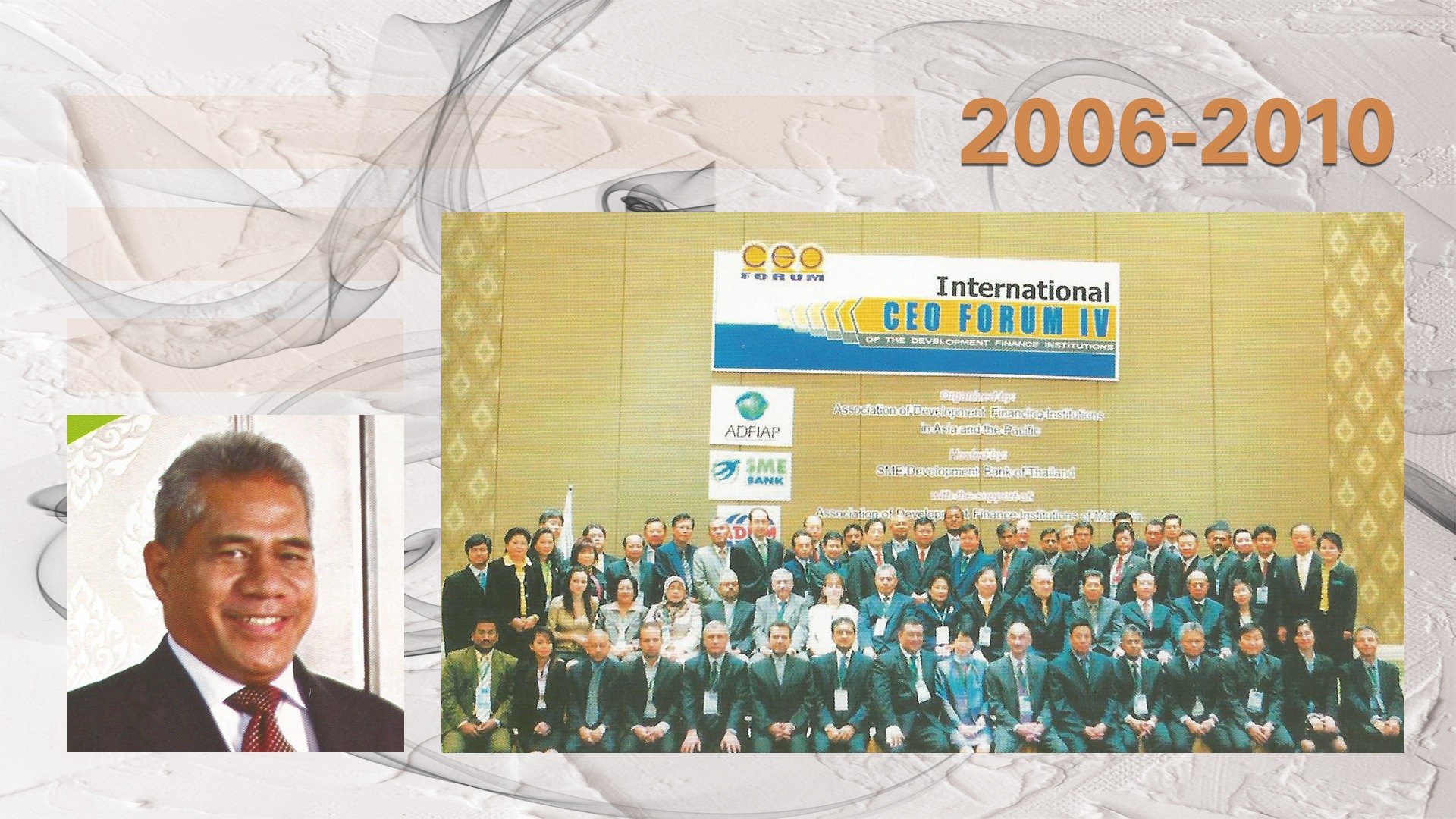 2006
In 2006, ADFIAP and the UK’s Community Development Finance Association signed a Memorandum of Cooperation, and the Association unveiled its new logo and branding strategy in the early part of the year. The 29th Annual Meeting held in Sri Lanka’s capital and hosted by the DFCC Bank was also where members drafted the Colombo Consensus. In the middle of 2006, CIPE awarded ADFIAP its fourth grant, which linked good governance with long-term development.

2007
ADFIAP celebrated its 30th anniversary in 2007 and held its annual meetings in Vietnam. The Association joined the UN Marrakech Process advisory group on cooperation dialogue and received its fifth grant from CIPE to improve risk management and financial disclosure within the framework of good governance. With 87 members from 37 countries, ADFIAP’s membership reached an all-time high, and Mr. Isidro A. Sobrecarey was appointed Deputy Secretary General.
The ADFIAP Board of Directors adopted a climate change policy statement at its Annual Meeting in Bangkok. It embodied the Association’s position on the significance and impact of climate change and how members have the strategic position to fund projects that contribute to environmental degradation and advocate for project proponents in doing business.

2008
Mr. Fuimaono Falefa Lima, General Manager of the Development Bank of Samoa, succeeded Ambassador Jesus P. Tambunting as Chairman of ADFIAP in 2008. For its corporate and environmental governance projects, the Association received two “Associations Make a Better World Awards” from the American Society of Association Executives and the Center for Association Leadership.

2010
In 2010, taking responsibility for people and the environment became an essential component of “The ADFIAP Way” of pursuing its sustainability agenda. The theme of the Integrated Annual and Sustainability Report published that year was “STRENGTHENING TIES,” and it demonstrated how developing successful partnerships is critical to the overall success of any organization, with development finance institutions serving as a focal point.

The Secretariat also encouraged energy conservation in the workplace by using only electricity and water when necessary and looking for alternative sources whenever possible. The Secretariat also pursued a “paperless” workplace, which reduced costs, saved trees, and increased productivity by eliminating manual tasks, lowering printing costs, and streamlining workflow. Traveling to countries and territories to meet members and attend or conduct conferences, meetings, and other events was an unavoidable part of the job. However, whenever possible, steps were taken to reduce carbon emissions from travel and offset carbon footprint.