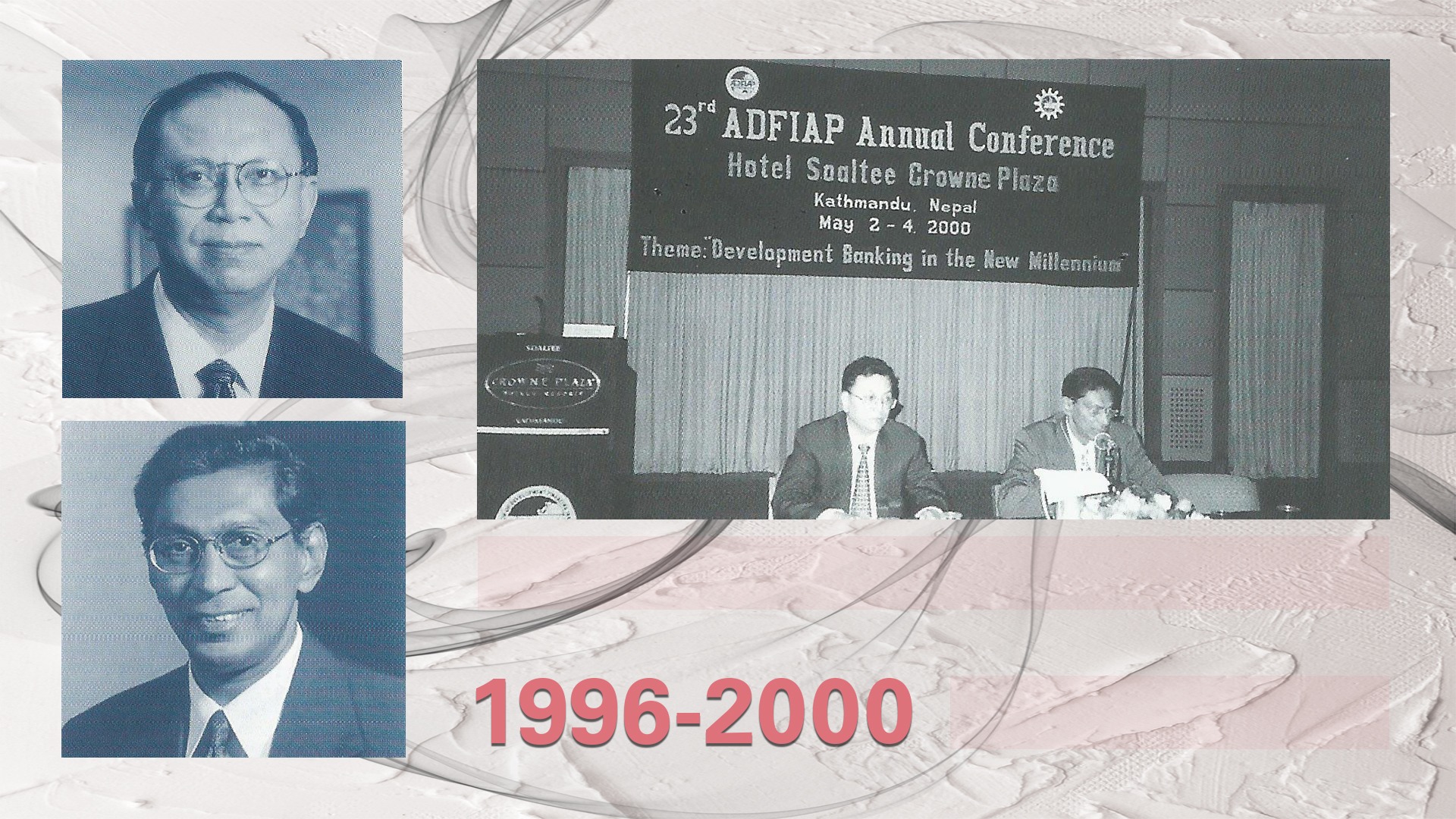 1996
By 1996, ADFIAP had already laid the groundwork for pioneering activities to prepare for the twenty-first century. The organization believed that through the collective wisdom and continuous support of its members, affiliates, and partners, it could become the most influential and prestigious DFI organization in Asia and the Pacific.
That year, the 43rd Board of Directors meeting in Phuket, Thailand, opened a membership drive that allowed banks with significant development lending activities to join the ADFIAP roster.

1997
ADFIAP launched its A-Net (ADFIAP Intranet) services On September 16, 1997. This comprehensive computer-based information technology Network enabled secure electronic banking, electronic commerce, and information exchange between member institutions and their clients. This ADFIAP-owned system, built by Orion Technologies of Canada under the Build-Operate-and-Share (BOS) arrangement, was one of two flagship projects launched in 1997.
The ADFIAP Fund, a venture capital-style fund for enterprise growth, was the second. Established as an independent and active management company for the association’s interested members, shareholders share their expertise, marketing network, and facilities.

1999
On April 26, 1999, ADFIAP held its 49th Board of Directors Meeting in Kuala Lumpur, Malaysia, just before the start of the new millennium. As an accredited non-governmental organization (NGO) of the United Nations Economic and Social Council (ECOSOC), the Board supported the Secretariat’s plan to organize national development finance roundtables in member-bank countries in preparation for the 2001 DEVELOPMENT FINANCE CONFERENCE.

2000
The year 2000 was challenging for the organization. ADFIAP used training programs, conferences, publications, and its website to connect international institutions with similar development goals to promote one underlying message: development has global implications.

The Nepal Industrial Development Corporation hosted the 23rd Annual Conference in Kathmandu, Nepal, with the theme “Development Banking in the New Millennium.” Mr. Moksevi R. Prelis of DFCC Bank, Sri Lanka, presided over the 52nd Board of Directors Meeting. The 3rd Asia-Pacific Bankers Congress (APBC) in Kuala Lumpur, Malaysia, also happened that year. The Asian Banking Awards, which recognized outstanding programs and projects of banks throughout the region, was the highlight of 2000, and 15 banks received awards that year.